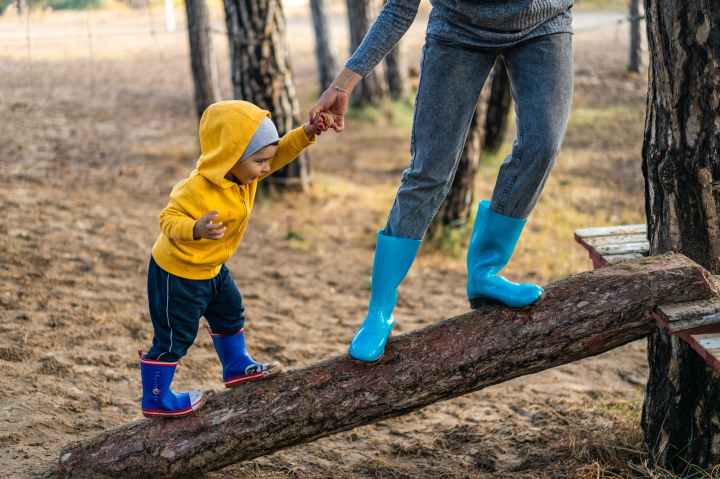 My parents are two of the most intelligent people I have ever met. Neither of them attended college. My dad is a Project Engineer in the aerospace industry. My mother was the valedictorian of the high school class, was offered a full ride to college and turned it down. She stayed home with us to ensure we were raised the way she had always imagined.

My father stayed with the same company his entire life and I am convinced that it’s because he was afraid that if he changed jobs, his lack of collegiate education would position him as inexperienced, which he was not. He worked alongside engineers without an engineering background. He was hardworking and dedicated. He would have been an incredible asset to any company he chose to work for, but I believe he was afraid that people would mistake his inexperience as stupidity and stupid he was not.

My mother was a stay at home mom. She woke up every morning, made the beds, cleaned the house, made us meals, took us to on adventures, and educated us. In addition to watching her kids, she also had a few additional kids that she watched so she was technically running an underground daycare business to bring in some additional income for our family. Her job was 24/7 and she didn’t get days off.

I had two ironclad role models. I knew what hard work looked like. I got my first job at 13. I had to get special forms filled out by my parents and the school because I was so young, but I wanted to work. I craved the experience. I worked for an ice cream and pizza shop a couple nights a week and, on the weekends, then eventually started waitressing at our local Perkins.

In addition to work and school, I also was a field commander for the marching band, ran track, was in a leadership position in the National Honors Society and took dance lessons. I enjoyed learning. I enjoyed being busy. College wasn’t much different other than the fact that I somehow managed to learn to juggle even more responsibilities. I took classes, waitressed at Texas Roadhouse, was the VP of recruitment for my sorority and Panhellenic council, was the Senior Editor for my college newspaper and interned at the local radio station.

I was smart and I was an incredibly hard worker. While I might not have had all the answers I sure knew how to figure them out, but I grew up in the “millennial” era. My parents, bosses, and colleagues threw the term around with a negative connotation.

These “millennials” don’t want to work long hours. These “millennials” haven’t even had to use an encyclopedia, they just Google everything. I got lumped in with the “millennials”. Coming out of college I was already a hard worker. I was passionate, dedicated and ready to make a big difference. I was ready to put in the hours. But I was young, female and a millennial. The perfect trifecta.

In my opinion, there are a lot of companies that underestimate the abilities of their “entry-level” associates. There are some very smart young people and it’s worth trusting them or at least hearing them out and keeping an open mind (if you don’t, they might end up taking your job one day…just sayin’).

Just because you are young and don’t have experience doesn’t mean that you are stupid. There were so many times in my career that if my bosses had just explained to me why we were doing something or how to do it, I could have made their lives exponentially easier and taken some of the work off their plate. But they didn’t because they didn’t feel that I was qualified to help them solely because I was younger and less experienced. I had one boss that told me I was too “green” and I can’t tell you how mad I was. I’m still mad about it.

I had a revelation when I was talking with a client once and she told me that when she was working with her first boss, they had told her “I want you to lead the team. If you need me please let me know. Don’t be afraid to make mistakes. Anything you do, I can undo”. What in the world?! How freaking empowering is that. Can you imagine being young and having your boss tell you that they want you to drive the ship? Inexperience doesn’t equal stupidity. Not getting the experience equals stupidity. Not empowering the younger generation equals stupidity.

If you feel like you aren’t trusted by your boss, it’s worth a conversation. You need to ensure that your co-workers see you as a force to be reckoned with. Don’t know something, that’s okay. You can learn and with all the resources available to you, it’s easy to learn quickly. I’m about to let my inner millennial out… if you can’t figure out the answer Google it, that’s what Google is for. Don’t make it harder than it needs to be.

Never let anyone mistake your inexperience as stupidity.

Welcome to my blog!

During the day I work for a pet supplement company. In the evenings and on the weekends I spend my time hanging out with my son, cooking, crafting and running my photography business.